Reasons to not invest in a student pod – oversupply is overkill…

Reasons to not invest in student pods in Liverpool 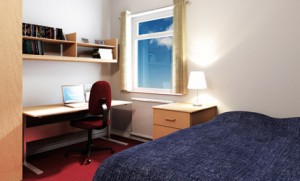 We recently announced an imminent release of some student pods in Liverpool, with over 150 units or bedspaces available to our investors at a target price of £32,000. However, in the last six weeks we reviewed this particular offering and have unfortunately decided against continuing with this project.

We apologise to clients who were ready to go on this particular investment, but multiple developments in the student sector in Liverpool have led to this conclusion. We also mean this in the literal sense in that we feel there is such an abundant supply of student pods in Liverpool, the market is absolutely saturated. It is not that we didn’t feel confident with our proposal i.e. it would be difficult to beat our £32,000 entry price per pod on something that has been 100% occupied in the last 5 years. We just believe that Liverpool student pods do not offer long term benefits and to our investors.

2606 student pods in Liverpool in the next two years!

In the last 6 months, we have collectively received e-newsletters from agents, developers and marketeers for five different student pod developments in Liverpool with a combined offering of 637 student pods. If we have pooled in our 156 student pods, this would mean that clients in the UK and abroad would have the choice of just under 800 student pods in Liverpool. Do you honestly think all 800 bedspaces will be guaranteed to have a 10% net rental yield beyond the 1 or 2 years that almost every single developer and agent is promoting (including ourselves)? Further to this – and this was the final nail in the coffin – Liverpool University have recently announced a now-approved £50 million project of creating 1,259 bedspaces, due to be completed for July 2014. Tying this in with the 637 student pods above, this means a staggering extra 1896 bedspaces for incoming students on top of the current availability as of July 2014. Even more sobering, is that Liverpool University’s Chatham Street evelopment in Liverpool, which comprises of 710 bedspaces, is nearing completion and should be let out to students for September 2012… so make that at least 2606 student pods!

An excerpt from the Complete University Guide reads as follows:

… the University will develop an additional 1,500 new study bedrooms at its city centre campus on Brownlow Hill, providing state-of-the art accommodation and further increasing the number of student rooms available on-campus. The University will also invest in its off-campus accommodation, developing new residences at its Greenbank site at Mossley Hill to provide a self-contained student village including catering and sports facilities…

Another argument in not investing instudent pods in Liverpool is that the current market average for student rooms offered by Liverpool University is £58.50. When we read of developers and agents stating that rooms will be bringing in rents of £125 per week, the question we ask is – for how long will this be sustainable? One might guess that not beyond the 2 years of rental guarantees!

With such an influx of student pods and bedspaces coming onto the market from Universities and the private sector in Liverpool, we cannot see an exit for the clients that invest in Liverpool. Rents will become suppressed once competition kicks in from the brand new developments being offered by the University.

A counter argument to all this might be that there is an immense need for student housing in Liverpool, but there is already a huge supply of rental accomodation in Liverpool, with areas such as Wavertree, Allerton and Edge Hill offering 3 bed houses from £70,000.  Landlords have been doing this for decades and the demand is still steady.

Are we scaremongering? Haven’t we promoted student pods before?

We don’t want to scare anyone off from investing in student pods in Liverpool, but we would advise our investors to let others take a punt – especially on prices of £50,000+ per student pod. Yes, the scheme may or may not have a ‘buy-back’ scheme, but this is all on paper and is no guarantee. Again the buy back scheme, where available, is something else that is out of your control. You need to look at all the derivatives and make sure that you are in control of your investment and other mediating factors do not dictate what happens with your invesment.

Bottom line: We think it’s time to get out of investing in Liverpool student pods – there’s a good reason why every man and his dog is flogging one!