Student pods for sale might see a dip in interest

New report released: Will there be an effect on student pods for sale? 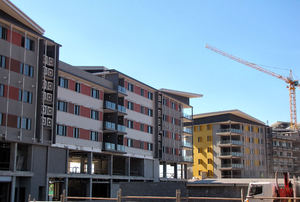 Another week goes by, another set of developments with student pods for sale to the investment market. However, just this week, there were a couple of headline figures in the student sector, both stating that “Overseas student numbers in England fall for first time in 30 years” as reported by the Financial Times. How are the two linked?

Well, as we’ve stated in previous articles and as most investors will know, the rents being charged on the self styled ‘luxury student pods’ are in excess of £125 per week, with figures up to £200 per week being charged in some instances. Again, it must be noted here, that the student rooms that are being sold are outside of London, which makes the headline rent even more staggering. The point being, these student pods for sale to the investor have the more affluent foreign student tenant in mind as the target group. However, with the Financial Times article, it states that ‘number of international students at English universities has dropped for the first time in nearly three decades following increases in tuition fees and stricter visa rules‘ and a study by the Higher Education Funding Council for England found that ‘enrolments by overseas students dropped by just under 4,600 in 2013‘. The full report by the HEFCE can be found here.

How does this affect student pods for sale in the UK?

It certainly is something to be worried about if you have hedged your bets against a guaranteed income on an inflexible investment which you cannot directly control and is out of your hands. In other words, if you have invested in student pods and have a supposed rental guarantee against it, then now would be the time to make sure the guarantee extends to a long period of time. It should be made clear that we are not linking the drop in foreign student numbers to a student pod or student room being empty, but since the target market for such higher rent rooms is the foreign market, then it would be foolish to disregard such a report from HEFCE.