Have we hit saturation point for Sheffield student pods? 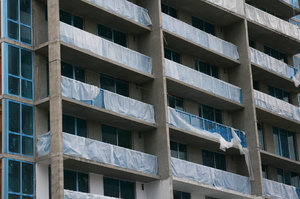 In a previous sales release in 2012, we offered very low cost student pod investments in Sheffield, highlighting the fact that the local Sheffield council had clear intentions of moving the concentration of student homes away from traditional residential areas to areas where there would be less friction and complaints from nearby residents. It seems that the council is still working on this and is to draw up a strategy to further implement this with view to adopting a five year plan to work with the university, student unions, landlords and developers.

According to a recent article by the Sheffield Telegraph, the city is still looking to “steer the future of student accommodation in the city”. However, as backed up by the piece, there are still some existing blocks of student accommodation that are not full and there is risk that some of the older developments will have a fair number of empty rooms. Towards the end of the article, it states that Sheffield Hallam University have warned that the city is becoming saturated with student accommodation. However, in the same article, it states that some landlords are struggling to rent out their properties in some areas.

This kind of information is key to us and our investors before they invest in student accommodation in any city. What the above tells us is the following:

There can be a point where there can be too much of a good thing. Despite the quality of student accommodation improving, at some point there is a saturation point. We have said it time and again, that in Liverpool, there is an oversupply of student accommodation and it is unsustainable. Invest in student pods in Liverpool at your peril. We’ve not seen it to the same extent in other cities, but if the warning from Hallam University is anything to go by, then potential investors should keep an eye out on what is happening in the city before investing in student pods in Sheffield.

An exit from the market or rent competition?

Is there any more rental demand for Sheffield student pods? The council is looking to strategically move the provision of student accommodation from certain areas to another. For example, residents in Broomhill are still not happy at the level of noise and presence of students despite the councils best efforts to move them away from there. They cannot force landlords to sell up, so the landlord has two options – to sell on or to reduce his rents to attract the student. The council would prefer the landlord to go for the first option, but adopting the second course of action could push rent downwards for students in the city. If you have invested in student pods, this could affect you and your rental return once the rental guarantee period is over.

Empty student halls  – what does this mean for Sheffield student pods?

If there are already halls of residence which empty rooms, what does this mean for the budding student pod investor? It could be argued that these rooms may not be in the best of conditions or haven’t been marketed well and so on. But simple argument is that if there are already rooms that are empty, then building more rooms and getting them filled isn’t that simple. One should be cautious before committing to any kind of investment if the location already has troubling fulfilling its current capacity.

In short, what we ask of our investors is to be wary of investing in scheme that is operating in a city that may already have seen too much of one thing. We’re not saying that you should not necessarily invest in Sheffield student pods, but it would be a wise idea to keep an eye on developments in the city and how the council dictates policy.