What happens when you come to re-sell a student pod investment? 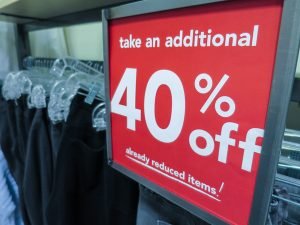 Recently, we attended a property auction in the North of England with view to purchasing two houses on behalf of a client for investment purposes. In the end, we were outbid on the two terraced houses, with both properties achieving in excess of their guide price. Towards the final segment of the auction, there were three properties that had gotten a few individuals chatting, especially those that were aware that we had sold student pods or student room investments in the last few years.

The three student pods had been built out for a few years and had, as far as we’re aware, been generating a rental income for the vendor. It was interesting to see from our point of view on what the market’s perspective was on the student pod resale sector and whether there was any genuine appetite for such units that had come up on the secondary market. Prospective clients have been told in the past that there is capital growth by sales agencies on such student flats, but we have long argued against the artificially created resale market whereby the owner of such a unit will be able to throw it back into the pool of buyers that had been created by the developers and agencies originally touting these types of investment a year or two back. We wanted to see – without any interference from third parties – what kind of response these units would get. Would there be any capital uplift? Would the market show a favourable swing to this type of room investment? Would there be a scramble to snap up one of these student pod resale units?

Are student pods a bad investment?

To give a fair assessment of the above, we should point out that the room had filtered out towards the end of the auction – as is the case with most auction events. It may well have garnered more attention should the units have been under the hammer near the beginning or the middle. Another positive to take is that people had bid on these student units. There were some properties that did not attract a single bid, even when the auctioneer had tried to drum up interest by shouting out ridiculously low numbers. So there is some solace to take from the fact that had there been no reserve, the owner of these student pods could have walked away with only a 67% loss.

The key thing to learn from the auction is that you should always do your own due diligence on the investments and never be swayed by the salesperson when they claim that (a) There is genuine secondary market when it comes to student pod resales and (b) in this secondary market, there are historical records of units being sold over and above the original sales price. If there is a single suggestion of the numbers being fudged and an investor still goes ahead with the deal, then we might end up seeing you at one of these future property auctions in a similar predicament to what we saw earlier this week. For the sake of your wealth, we sincerely hope we don’t!