75% of the North affordable; Just 5% affordable in the South 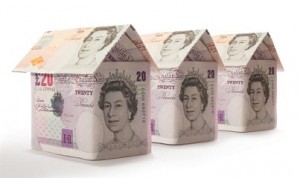 How affordable is Housing in the United Kingdom?

The same report states the the larger deposit required in the last few years has driven down the number of first time buyers. In 2007, the required desposit was £17,482 on average, but in 2011, it was £27,032 on average. As a porportion of the purchase price, the average deposit required has increased from 10% to 20% between the years 2007 and 2011. How the Halifax report can then deduce that afforability is at an eight year high is baffling.

The only way the above really makes sense is due to house prices falling in a number of areas, and even then, you can’t apply FTB affordability on a macro scale. For example, the areas of Pendle and Hyndburn (which featured in a previous publication on the top 10 areas in the UK which has the highest percentage of empty homes) have affordability in the region of 2.5 to 3.0 but the homes are uninhabited and will remain that way.

Furthermore, affordability should be a medium to long term view. Of course, an individual or couple could scrape together the deposit required, but what about paying the mortgage, stamp duty, council tax and the concerns of losing employment and so on. These factors, I feel, should somehow be incorporated when publishing reports on affordability for first time buyers.

The report does however, point out some key general findings and we summarise these below:

In the South of England, Peterborough is current hotspot. If you’re an investor who buys in the South of England, this report tells me that Peterborough, if the rest of the economic indicators support this, could be a property hotspot. An investor always needs an exit and if affordability is at an average of 3.98, then an investor who can cover cashflow will be in a good position to exit as prices will be affordable to the first time buyer. If you can widen your net as much as possible, then your exits will be smoother.

Most Affordable Local Authorities in 2011