Where to buy student investments in 2013?

Student property hotspots – where to target student investments in 2013? 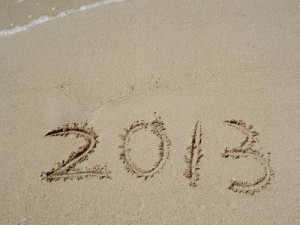 The student property investment sector has seen much interest and capital injection in the the last 24 months, with a large focus of student investments in the north of England, with Liverpool, Sheffield and Birmingham receiving a lot of attention. But what does the market hold for student investments in 2013? Where should you be looking to invest in property in the next 12 months? Are the dynamics of property investment changing and if so, how should you be looking to make sure that your funds provide a healthy return? If we first take a brief overview of where the prime spots were in 2012, we can then follow this with our opinions of where the market might offer good returns. We will try to look at markets that have, as of yet, not received widespread attention in addition to markets that we are not working on or have no connection to. This will give the reader a fairly balanced read with little amount of bias as possible. It must be said from the outset, that we have an interest in two of the locations which will be detailed later on. We do encourage feedback on this post in particular and we are keen to hear where you think would be prime student investment hotspots in 2013. Feel free to get in touch with your opinions or comments.

There has been a lot of investment and private developers building halls of residence for students in 2012, with a particular focus on Liverpool, Bradford and Nottingham. At Aston Eaves, we are not convinced that investing in student pods or student rooms in the cities of Liverpool and Bradford will be a good investment in the long term. If you strip away the entire sales spin, a principal reason why there are hundreds of student room investments from developers and agents in Liverpool and Bradford is due to the low acquisition cost of warehouses and mills in addition to low land costs. If you type “Liverpool student investments” or “Liverpool student pods” into Google or Rightmove for example, you will have the choice of 7 different developments offering in excess of 900 rooms for sale (as of December 2012) which is a lot.

As our clients know, we are averse to investing in Liverpool and despite having the chance to offer a good development in the middle of 2012, we decided against promoting student room investments in Liverpool due to the obvious saturation of the market.

Bradford, again, we are not convinced by it and for good reasons. The Green Village which offers 2000 rooms is currently sitting at an average occupancy rate and we are aware of three different developments which are either being built; in planning or subject to planning. Again, low land and acquisition costs in a depressed city isn’t necessarily a good bet.

Nottingham Student investments is popular with us

Moving on to Nottingham, we have seen a flurry of activity in this city and we think of the top 3 cities which have seen student pod investments and student room investments, this is a good one. Of course, you have to do your due diligence on the company that you are buying the investments from in addition to doing your own thorough research on the investment itself, but for the most part, we believe Nottingham to be a solid investment for a multiple of reasons.

Which student towns and cities to invest in 2013?

Moving on to 2013 and where we thing our clients should be putting their money into long term, healthy investments. 3 key cities that come to mind are Newcastle, Glasgow and York.

The vibrant city of Newcastle had been identified by two independent Knight Frank and Savills reports in 2011 as a city where investors should be looking to take advantage of the shortage of higher quality student accommodation. For some reason, this city had been overlooked by student room developers, but we are now aware of two different companies who are looking to bridge this gap and we are excited to see some great Newcastle student investments coming onto the market soon. We have been in discussions with both of these developers to see if it matches our client profile and have recently issued a blog piece about one of them. We are yet to finalise our discussions with the other developer, but hope to have something in place for the early 2013.

The city of Glasgow has also been identified as a city where there is a genuine shortage of premium quality student accommodation and we believe that investors could pick up the right investment at the right price if some of the advertised developments are as good in practise. We are not working on any developments in Glasgow at this moment in time, so we are unable to comment on any one particular project. However, out of the three current developments being promoted, we have been contacted by two of the developers. We may look to promote and market one of the Glasgow student investment projects at some point in the future, but we are not committing to anything right now.

York is another key town for student investments in 2013

Finally, the beautiful city of York is well known for its shortage of student accommodation and received press coverage in 2009 when a significant number of students had to stay in hotel accommodation for a few weeks until the situation was remedied. While the shortage has receded somewhat, there is still a shortfall of quality student accommodation and we expect this gap to be addressed sometime in 2013. We are not aware of any developers who operate student pod investments or student room investments in York, but we will inform our clients should the situation change as the University of York is a world-renowned institution and would surely provide a good point of interest for clients who are looking to diversify their assets.

Did we forget about London student investments?

Further to the above, the crowning glory to the 3 cities would be London, but there is a dearth of investment opportunity available to the regular landlord and investor. The big players, such as Opal and Unite and actively buying and building in London with mega-developments being granted planning permission. The difficulty for us and our clients is that we are not happy in offering 5% or 6% net yields, but the corporate investors are happy with 5% or even 4% in some cases due the prime location of the investments. As mentioned on a previous post, we are hopeful of releasing details of our London student investments sometime in mid 2013, targeting a net yield of 7% to 8%.

So there you have it: Our three cities to be investing in student rooms and student pods in 2013 are Newcastle, Glasgow and York. Good luck in your investing, whether it’s with us or elsewhere.