Student Room investments – The demand from a UCAS perspective 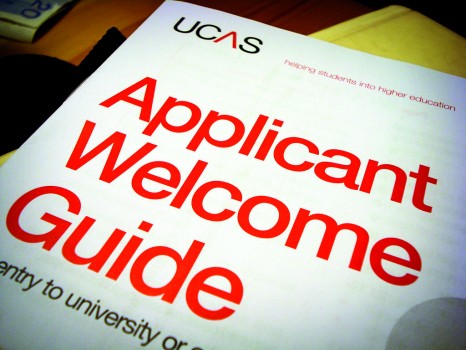 What do the official figures say to you?

What student developers and agents may not tell you about student room investments (if it doesn’t suite the sales pitch) is what is actually happening. We can all gloss over our brochures and our sales talk about how great a university is; that the demand for student rooms is greater than ever and the classic “you need to put down a deposit today as there are only 3 left“. You get the general gist of what we’re saying. But if we take one step back for a minute and analytically review if there is and will be a genuine demand from potential tenants who are supposed to be filling these developments.

It only seems to be the big players such as Unite, Nido and Opal who are building out the mega-developments – mostly in bigger university towns such as London and Manchester – can operate within the 5% yield bracket. But what about the smaller developers and investment specialists (such as ourselves) who operate on a smaller scale but tend to offer higher returns? Have we really looked into whether these rooms can GENUINELY be filled? Well, some interesting numbers have been released this week from the Universities and Colleges Admissions Service (UCAS) of which nobody can shy away from and in some instances highlights the dire predicament of some of the institutions that will not be able to stand the pace over the long term. In short, the report from UCAS released last Friday gives a breakdown of the number of new students accepted in universities for the 2012-13 academic year. It does make for interesting reading.

With London Metropolitan which has seen a massive drop by 43%, we are of the opinion that this year is an anomaly, with a significant drop coming in from the international student scandal that surfaced in mid-2012 which saw over 2600 students being told they had to leave their courses due to alleged poor monitoring by the University. It is too early to say what impact the increased tuition fees has had at this university until next year.

When it comes to Bolton and Leeds Metropolitan university, we are of the opinion that the increased tuiton fees in these former polytechnic colleges has severly dented it’s ability to appeal to students. The student demand at former polytechnics such as Bolton University and University of Central Lancashire in Preston will, in our opinion, see falls in the coming years due to the changes of tuition fees.

Before investing in student rooms in nearby Bolton or the Leeds Metropolitan campus, you should seriously consider whether the 25% drop or 23% drop in applicants will have a bearing on your investment. Will student pod demand remain steady? Will the student rental demand remain in your favour? In our opinion, we would rather our investors buy into developments where they may pay a little bit more for the investments, but they will have the assurance that the student numbers in that particular institution will not drop dramatically.

In summary, we advise you to do full due diligence on whether you should invest in student rooms or not in a particular town or city by assessing the genuine student room demand and you should ask yourself before investing in student pods is what is the current information telling me? It’s all out there, it’s up to you to seek it out and make the right judgement.