Where to invest in 2014 – specifically, property investment in 2014 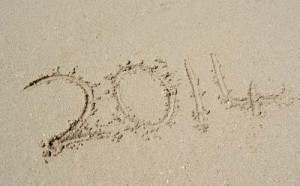 First and foremost, in this post we deal specifically with where to invest in the UK and will not be offering any opinions on foreign markets. Whilst there may be suggested locations elsewhere in up and coming markets or property investment opportunities in places that are bouncing back outside of the UK, we can only say that you, firstly, research and then make a visit over to the particular place you’re thinking of. If you’re unable to do that, read property investment forums and get specialist advice on your target country. What you should not do is hand over a wad of cash upfront to a company (or individual) that will give you the ‘secrets’ to investing in the US or Turkey, as an example.

Is the capital the obvious place to invest in 2014?

Back to the point – where to invest in property in 2014? Every man and his dog knows that London is an exploding market and the gains to be had there are incredible. When you look at the numbers, it shouldn’t make sense and the obvious remark to say that is an overheated market. Everyone has been waiting for the London market to drop and for there to be a slowdown, if not crash. But it just isn’t happening. We do not even want to predict what is going to happen, but if you want to use recent indications, then at least in the short term, the capital gains to be had in London far exceed most other places in the UK.

So… where to invest in 2014 for rental yields and cashflow investments?

To be honest, we’re not going to point to any particular town or city and say this is a great market for where to invest in 2014 for rental yields as we believe that if you are savvy enough and can be creative, then you should be able to get 8% yields + in most places. However, only when you drive far to the north from the Watford gap, will you be able to get anywhere near 9% or even 10% plus. We are not going to categorically say which town is a property hotspot in 2014 and which isn’t, but on a general note, these northern areas have lower quality inventory, but are good rental properties.

In addition, there’s a lot of property in the north that will give reasonably good yields if you rent out to housing benefit tenants, but with the introduction of universal credit in some pilot zones, it remains to be seen what impact this will have. One multi property landlord in the south of England has already made it clear that he will no longer be renting out to housing benefit and LHA tenants, which isn’t a good sign.