The impact of student room investments in Plymouth, Exeter and Bournemouth 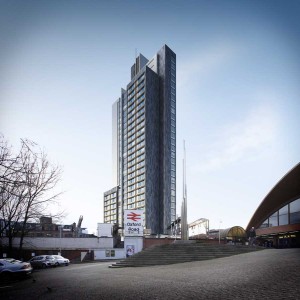 Student Castle, Manchester: Students are moving to the center in cities such as Manchester and Exeter.

We don’t venture much towards the South coast of England, nor have we ever promoted anything at any other universities in Plymouth, Exeter or Bournemouth. This is not to say that we would never look at offering any student room investments in these towns and cities, but the numbers have never stacked up to make it worthwhile for our clients.

In 2011, we were offered and had brief conversations with a receivership in relation to a 50 unit student halls of residence in Exeter priced at £2,800,000 or £56,000 per room. This wasn’t taking into consideration the cost to refit, refurbish and sell on costs. The university itself is highly regarded and the demand for the rooms would also be high, but we had to walk away because of the unrealistic expectations from the vendors.

One of our primary reasons of being initially interested and having brief negotiations is due to the local council of Exeter being favourable towards student specific accommodation and planning would not have been too difficult i.e. the city was slowly starting to squeeze out HMO student landlords in ‘residential’ areas, making it ever more difficult for landlords to gain consent for student lets. From the period between 2007 onwards, there has been a noticeable drop in student rent figures which ultimately impacts the bottom line for landlords. Typical rental yields in 2009 would have been 8%. Now, with rents being driven down from circa £110 to £80 per week due to an ever increasing number of purpose built student halls of residence, the average student rental yield is around 6% to 7% net. Corporate student developers, private developers, pension funds and investment funds have really winded the student HMO market and it is now common knowledge that a lot of these HMO landlords have left the market. In fact, a lot of the resales that occur in this city are quickly snapped up by homeowners with the student rental market diminishing for these types of properties.

This isn’t just a southern phenomenon. We recently spoke to a major student room rentals agency in Manchester who confirmed to us that a lot of the students were moving to the centre of Manchester, especially now that Student Castle is completed. Whilst the areas of Fallowfield and Rusholme are still fairly centric to student activity, there was a significant percentage of landlords who were unable to let our their properties. With more campuses moving away from the southern part of Manchester to the more central parts, we can only really see the pattern repeating itself over the years to come. In short: things are favourable for clients that have been looking for central Manchester student investments.

Furthermore – and we stated this last year – the Liverpool student room investment market is saturated with a capital ‘S’. If you are yet to part with any cash for any Liverpool pod investments, please think twice. We spoke to an employee from Liverpool council who advised us that even though they are still granting planning permission for more halls of residence and specialist student pod developments, the market is done. On the flip side, Liverpool council will be introducing mandatory licensing for HMO houses in Liverpool, so investing in the traditional student areas of Allerton and Wavertree will see you come across more paperwork and licensing requirements.