The student pods merry go round is in full swing 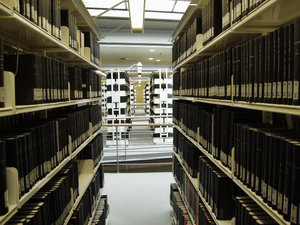 In this post, we are providing a general update on the current situation of student pods, student rooms or purpose built student accommodation investments in the UK. Firstly, there seems to have been a slowdown in the sales of student room investments or student pods in the last quarter and in some cases, developments that were being marketed 6 months ago are doing the loop again. What this tells us is that investors in the UK and internationally are finally realising the limitations of these UK student investments and are having second thoughts as to whether it is the right investment for them in 2014 and beyond.

Most of the developments doing  the rounds again are in towns in the North East and Liverpool which, as we have stated on numerous occasions before, is saturated with student rooms being offered for £50k+

Some developers and agents are now going as far as distancing themselves from the term student room investments or student pods and rebranding the sale of these rooms as purpose built student accommodation or PBSA. When it comes to the selling of individual rooms to investor clients, only the most blinkered of buyers will be duped into thinking there’s any legitimate difference between the two and again, our bottom line is that anything which is currently not mortgage-able by any regular buy-to-let lending provider or even commercial finance provider falls under the same umbrella when it comes to UK student investments:

* Not including the sale of an entire block to one individual entity e.g. a corporate disposal of a PBSA.

If you can secure a mortgage against it, then sure, it doesn’t fall into the above group. Otherwise, you can dress it it how you like but if it looks like a duck, quacks like a duck and walks like a duck, then in all probability, it is a duck.

As a final point in this Spring update, some clients have got in touch with us to say that the main people behind the failed [DEVELOPMENT DELETED AT REQUEST OF DEVELOPER] in Manchester are back in business under a different name. They’re not running the exact same operation but are a couple of steps removed from the face of the enterprise. Unfortunately, we can’t say names or state which company but the developments are in similar locations to where they previously offered student pod investments. You’ve been warned!