Student investments in 2014 – Where the funds are buying 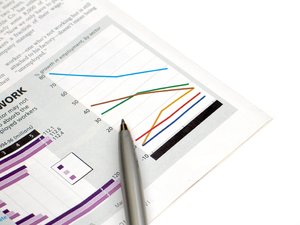 Knight Frank released their findings on the undersupplied student market in late 2014. The report, in summary, concluded that there is a demand for purpose built student accommodation (PBSA), which is distinguished from university halls of residence and student HMOs (houses in multiple occupation). It identifies a few key cities, such as Edinburgh, Newcastle, Bristol and London as cities that are still underserved and would benefit from additional PBSA construction to fill the gap. The underlying reason behind this, according to Knight Frank, is the continued growth of the student market, especially overseas which is expected to grow by 15%-20% in the next five years.

Do they sell student pods to the retail investor?

It also demonstrates how mature the student investment market has become by highlighting the quality and skyscraper like build of the most recent student developments across the UK, and excerpt of which we have extracted below. However, this is a key component of the report and one in which is different to the typical end retail investors that are acquiring student pods, student rooms and student studio investments from both within the UK and internationally. These are your institutional fund investors, wealth funds and pension funds that have control of these developments.

These Institutional investors and corporate developers such as Liberty Living, Downing, Unite and Nido do not advertise their student pods online, nor do they sell student pods. They do not offer a ‘leasehold title of a student pod’ as their investors are shareholders of the development they have invested in. Therein lies the difference and such a report by Knight Frank is more about them and where they will be buying student investments in 2014 than it is about an investor that buys a student pod in Liverpool for example. They have an exit strategy, they can get leverage from banks, they are able to manage void periods and they don’t need to be concerned if they’re investment will be empty.

Copy the model of buying student investments in 2014?

There is something to be gained from hanging on to the coattails of the bigger fish and benefiting from the path cleared by others, but from an investors perspective, there is a transparent and crucial difference between the student pods for sale on the open market and institutional funds that are involved in the student sector.

In short, we are saying that student pod investments can provide good rental returns, but it needs to be made clear to the student investor that such reports, whilst highlighting the advantages of the student investment sector, are more geared to the institutional funds that operate on a completely different level.