Self storage pods resale – is it a waste of space? 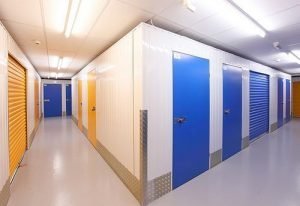 Following on from an auction that we attended at the beginning of the year which showed that student pod resale figures plummeted when no outside involvement occurred (in that it wasn’t being manipulated by a party with vested interest), we attended an auction in July with view to purchasing two commercial properties for a client.

As an aside, we witnessed the auctioning of the self titled self storage pods. Earlier last year we described how we had declined the opportunity to sell this type of investment to our clients.

There were two separate lots being offered by the same vendor. One lot was in a batch of 4, located in a town in Lancashire with the other lot was only offering 1 self storage pod in Liverpool. They had a guide price of £10,000 to £20,000 and £5,000+ respectively. Remarkably, both the lots sold and furthermore, achieved the top end of the guide price at £20,000 for the batch of 4 pods in Lancashire and £5,000 for the single pod in Liverpool. This meant that the winning bidder (who was holding up the same placard) had paid an average of £5,000 for each one on average.

Outside of interference, there were losses upto 63%

What is interesting to note is that all the units were vacant and not producing a rental income. Either the rental guarantee period had expired and the incumbent owner had difficulty in ‘letting it out’ or he just decided against whatever was offered to him by the freeholder as it was on a lease of around 250 with a ground rent of £110 per year payable to the freeholder, whether it was occupied or tenanted.

The previous owner had purchased the single unit in Liverpool for £13,500 and the 4 units in Lancashire at a combined price of £33,000 (which equates to £8,250 each). It’s clear that he took a bigger hit on the Liverpool unit with it being sold at a 63% loss. The Lancashire units did not hurt as much, but the slashdown of 39% is of little consolation.

It would be pure speculation on how long the units were empty, but a combined leaseholder charge of £550 per annum across the 5 units would definitely eat into the losses even further.

What does this prove when it comes to the resale of pods?

It proves that we were right to not offer this type of self storage pod investment to our clients and following on from the earlier piece on student pod investments, it clearly shows that there is no capital appreciation on such fractional or pod type of investments. It is clear that when there is no involvement from those with a vested interest in such types of investment, then the bluster and salesmanship of exaggerating claims of “growth” is blown apart in the open market.