Keep your guard up with the pension reforms 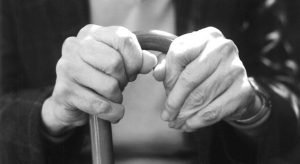 This topic has been hot on the lips of industry professionals over the last few months and has been hotly touted to have an effect on the next round of house prices. Pension reforms will come into effect from the 1st of April 2015 and will allow the pension saver to access a proportion of their pension fund, thus allowing them to reinvest the capital elsewhere.

We think, however, that it is crucial that these pension savers  take full and proper due diligence before even looking at making use of this option. We would go as far to say that there should be better safe guarding schemes in operation to protect vulnerable individuals falling prey to scams and operations that thrive on taking advantage of those that are uninformed.

“They can target the over 55’s, and some unwary investors are going to get drawn into these schemes.” Tom McPhail, Hargreaves Lansdown

We see it being a difficult time for individuals to make an informed decision as to what to do with this early access to pension funds and we are aware of reports in the last few months of agents and salespeople touting the ‘next best thing’ to those less aware. The BBC has an article from March 2015 where Tom McPhail, pensions expert with Hargreaves Lansdown, calls it an “open season for the fraudsters” whilst the Independent has warned pension savers to be wary of boiler room scams.

How does this affect pension savers?

With articles like this already being produced by respected news organisations, it makes you wonder if the government has really though through these pension reforms and why there are not more rigorous safeguarding schemes to protect vulnerable individuals. Secondly, it poses the question as to whether this will be the next wave of telephone calls to bombard hundreds of thousands of people following the PPI mis-selling saga? In any case, we have warned our readers and clients to be wary of telephone calls, emails and text messages purporting to help and ‘assist’ individuals in relation to these pension reforms.

The Financial Conduct Authority (FCA) is most concerned about companies offering unregulated investments to individuals which offer no recourse for action should things go wrong. For example, forestry investments, carbon credits, storage unit investments and the industry that we are involved in – buy to let property. The article mentioned earlier by the BBC states that over 17% of survey respondents intend to plough their entire allocation to property.

So, whether it is cold callers or bulk emailers offering to sell student pods, storage investments or care home investments just make sure that you have done your proper due diligence on the investment cycle and don’t buy into the glossy brochures or website designs. Most importantly, confirm that there is recourse for action by checking any legal documents by an independent third party before signing on the dotted line. As stated in the news article linked above, it will be ‘open season for the fraudsters’ from the 1st of April 2015, so be on your guard and don’t be rushed into signing up for anything.