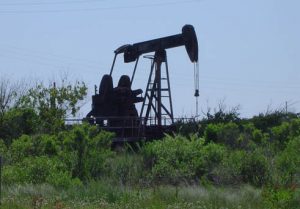 Another property investment scheme gone wrong will leave hundreds of punters out of pocket to the tune of $40 million after a court in the US decided to act on what now seems to be a ponzi scheme, according to a press release issued through Reuters News.

It is being suggested by some that we acted as agents and sold this product to clients, but we can clarify that we had no involvement in this scheme whatsoever. We are suspecting that commentators are getting our name mixed up with a similar sounding agent that – as far as we are aware – was involved in the selling of this investment in the UK or abroad.

“The U.S. Securities and Exchange Commission on Tuesday sued three defendants it accused of running a fraud and Ponzi scheme in which they raised more than $62 million from investors eager to benefit from growth in the North Dakota oil industry.”

We should add here that we were asked in 2012 and again in 2013 to act as an agent in selling these units and it must be said that we were tempted to do so! Whilst the commission that was being offered was in the region of 15-20% per sale and the investment returns in excess of 45% net yield per annum sounded fantastic. But these two defining reasons that caught our interest were the same two reasons that we decided against it – almost as quickly as we had considered it(!)

When is a good return just too good to be true?

When as an investor we see a payback period of anything less than 5 years, then it requires closer inspection and a more than thorough due diligence process. 20% net ROI per year is possible, but it really is in the “too good to be true” spectrum in most instances. When you are being offered a payback period of just over two years, then the alarm bells shouldn’t just ring, but the klaxons should be sounding in your head at full volume. Let’s put it like this: If I found an investment that would give me a return of near 50% net yield, the I would exhaust all possible avenues to get leveraged funding on the investment to slurp up all the profits. Another angle is to say that clients will be just as happy with a 5 year payback, so one would be more than able to double the price and get a healthy sales target at the end of every month.

“The complaint said North Dakota Developments raised money from investors in more than one dozen U.S. states, and in countries including Australia, France, Great Britain and Spain.”Jonathon Stempel, Reuters

The second factor is the commission that was being offered to us at 15-20% (depending on the volume of sales achieved). Very much like the student pod investments that have in the past being offered, it is self-evident that if if such huge commissions are being offered, then the product is overpriced. The product will be inflated by upto 20% from the beginning to account for agent fees. We’re not saying that we think agent fees should not exist, but when fees of upto 20% are being offered, you can see why tens of agents in the UK were offering these units to their client base. Greed got the better of them and it will now have a serious adverse effect on the clients they sold these units to.

The key thing to take from this is that:

It is disappointing that agents across the UK are selling products without either any due diligence on the investment or even worse, deceitfully offering the product to their clients knowing that all is not well at the top of the ponzi scheme. In either case, they both reflect incompetence and a lack of integrity. We hope that none of our investors or readers are affected by this investment scheme. We would urge you to put the agent that sold these to you to account with view to claiming back at least the commissions they received from the developers.