The downsides of investing in Liverpool student pods 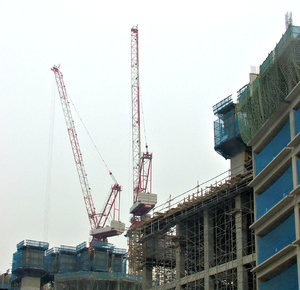 Just earlier this morning, we received another email marketing Liverpool student investments priced from just under £60,000 per room+. We find it incredulous that nearly 500 rooms will be on offer – so take your pick! We’ve stated in previous pieces that investing in Liverpool student pods could be seriously damaging to your health and wealth. Some news that came out this week in relation to the current pipeline of student investment rooms in Liverpool served only to confirm our initial thoughts from last year: Do not invest in Liverpool student pods. We’re sure to make enemies with any competitors with that last statement and we can’t deny that it looks biased (as we’re also involved in the student investment sector). However, some of our own clients have been involved in these projects in Liverpool, so we feel that we should at least publicise their grievance and warn others who may be about to plunge into the Liverpool student market. In effect, what has happened this week is that a niche developer of Liverpool student pods has been unable to pay the rent on a finished development and they’ve have asked the leaseholders (investors) to waive 3 months rent that is due. The primary reason being given for this is due to a lack of demand for the student rooms. From another angle which is further explored in the news article, the lack of demand may have arisen due to non-regulatory practices which has been detrimental to the development.

Do rental guarantees on student investments stack up?

This has confounded some grumblings that we’ve had in the office: We are now of the firm belief that rental guarantees lack substance. We say this even of any student developments that we offer as well. That’s right – rental guarantees are a nonsense! The above real example serves to prove this and we believe it is imperative the investor fully commits to their due diligence to:

It’s like this: I could sell a student investment to you and offer you a 1,2,3,4,5 etc. year rental guarantee. Unless it is a 8-10 year contract at 8-10% net yield of purchase price and there is a fully documented insurance to underwrite the guarantee then we’re sorry, but you cannot hold the developer account. In short, they (and we) shouldn’t really be offering a rental ‘guarantee’ if it cannot be legitimately backed up, but the whole sales spiel around student pods and student room investments has further accentuated this element of the packaged deal to armchair investors. At the beginning of this post, we started by discussing the newest release of £60,000 student rooms in Liverpool. Further text states that the developer is offering a 5 year rental guarantee at 9% net yield – our point is, why this assurance? Why commit to a 5 year rental guarantee at 9% net yield on nearly 500 rooms when it is extremely unlikely to be delivered on? The answer is because it draws in the clients and offers a false sense of security to the student pod investor and hey presto, we have a sale! Let’s take a minute to look at the numbers:

If you purchase the lowest priced student room at £60,000, a 9% net yield is £5400 per annum, which over a typical 48 week contract  comes to a net figure of £112.50 per week coming to you. It’s just not going to happen! That is a net figure, meaning that nearly 500 students would need be charged circa £150 a week over a 48 week period over the course of 5 years (without any voids) for the company to deliver on their promise! The maths don’t even add up hypothetically, never mind in reality.

And this is what has happened to these poor investors in Liverpool this week, mirroring what happened to a over 70 investors in a student development in Manchester in the last 6 months whereby the clients took control of the freehold of the property due to non-payment of guaranteed rent – around £140,000 in outstanding rent. The legal action taken by this collective group was successful and we now believe that they have a separate management company (unrelated to the original developers) that is able to fill the rooms and pass on the rent. Will the same thing happen with these Liverpool student investments? It is a more complicated situation and it remains to be seen what will happen as the developer in question has a number of projects in Liverpool (with some finished, some in development and some not even started yet). What it does confirm is that the reputation of the developer and their associated partners will be damaged.

It is something that we have learned in the last two years: To not offer something that cannot be delivered on. Yes, it may that we lose out on some revenue to clients who have unattainable expectations, but we’re better off with investors that understand and have done due diligence on the market that they are looking to invest in than being lumped with hundreds of investors who were promised something that could never have been achieved in the first place.

On a final note, we have not disclosed details or mentioned any names in this post, but it is for all to see on Google News should the client wish to learn more. If you have any questions or concerns about this, feel free to get in touch.