Generating property leads online and offline – what is the best strategy? 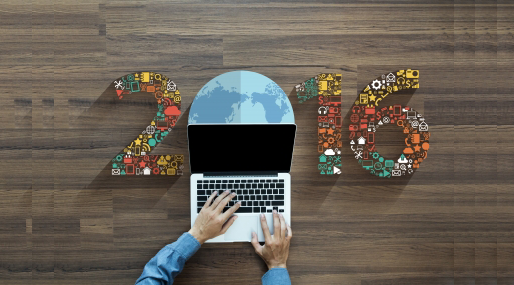 What is your strategy to generate property leads in 2016? Don’t just rely on one source.

If you build your property business on the back of one source, then you’re putting yourself in a vulnerable position. Sure you may locked into your goldmine area and have a really well defined method of generating property leads, but what happens if that source fails overnight?

You can’t control what is outside of your control

For example, we spoke to an old time investor that had generated property leads in the last decade (and beyond) by placing an advertorial in his local newspaper.

He was really good at what he did, but he was one of the many landlords or investors that tend to do be old school and probably not as technically savvy as the younger crowd.

He had laid down his flag in the local area and let it be known that he was a cash buyer wanting to buy ‘any house, any condition’. This worked out to be a bit of a success for him over the last few years – right up until his local newspaper went out of print in 2013.

It’s quite common knowledge that print newspapers have been struggling over the last few years as digital has overtaken hard copy.

Use Facebook to generate business – is that the way forward?

He was stuck. What was he to do now that this newspaper no longer existed? He was asking me about whether he should ‘do more things online’.

The answer to that was yes, but with a caveat.

If he went about being online in the same manner as using newspaper ads, wouldn’t he be leaving himself vulnerable again?

I’ve recently experienced this with an online business forum that we were a part of. It was a really good place for discussing business matters not directly to do with property, but more to do with retail and the food industry.

Over the last few years, I’d contributed over 50 posts and commented on hundreds more. Quite a bit of time was spent on organically creating a presence and I’d gotten quite familiar with some of the pleasant folk that become regulars. However, I received an email to say that due to the expensive running operation and other mitigating factors, the site was being shut down! How disappointing. All that time and effort labouring away, had come to nothing – right? Well, not quite.

As part of being online on the forum, the other restaurant and catering business owners engaged with me as to what else I do. Naturally, the discussion lead to Aston Eaves and without doing a sales pitch at all, some of these business owners became clients. They had been interested in property investment for a while, but didn’t quite know how to go about it.

I must stress, that nowhere in the signature or forum profile had I mentioned Aston Eaves. But by building on my reputation and creating authority on certain topics, there wasn’t a sales pitch required. It was natural, organic and trusted.

So if you are going to be spending time on social media platforms, whether that is the usual big sites or smaller private discussion forums you should always be asking yourself:

If you are going to be creating content for someone else, make sure that it has a direct benefit to you and your property i.e. your website and your reputation.

That old adage of don’t leave all your eggs in one basket is the principal takeaway here. Yes, spend some time on creating leads on facebook, updating your twitter profile or engaging in discussion online if you think that is where you can generate business, but don’t rely on those as your principal sources of lead generation.

If the above happened, what recourse could you take to swing in your favour? Let’s be frank – not much. Why would they? It’s their platform and they can do whatever they like!

We’re not saying facebook is going to ban you for any old reason, but any change is beyond your control.

Another point to take into account with these social media platforms reflects what happened to to me with the catering and food forum that I was a part of. It literally disappeared overnight. Some business owners in the noughties focussed their sole attention on Digg and MySpace but it’s common knowledge that traffic from those sites has dwindled down to a trickle. The bottom line here is that you shouldn’t abandon your efforts elsewhere to focus solely on one source of lead generation.

By focussing solely on one source of lead generation, whether that’s offline like our old timer investor friend or online on sites like twitter, means you are taking uncalculated risks when changes happen outside of your control.