Carbon credit investment or property? Only one winner…

Carbon Credit investment and why you should avoid it 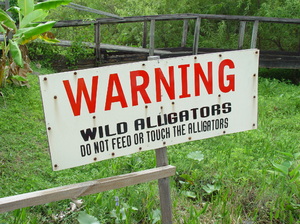 In the last two months, towards the end of 2013, another investment company trading from the near Liverpool Street station in London went into insolvency, owing millions to investors that had pinned their hopes on getting returns from the alternative investment market of carbon credit trading.

In the past, we had been contacted by master agents and subsidiaries to offer carbon credit investments to our client base, but after some quick due diligence, decided against the offer.Don’t get us wrong, the commissions were high – very high – but this was part of the package that raised alarm bells.

If nearly twenty percent of the acquisition price was going to come back to us as commission, then it doesn’t take a genius to conclude that the product – whatever that ‘product’ might be – is priced in a bracket which it doesn’t belong to.

Even at the earliest of stages, some basic questions were faced with fluff and diversionary tactics. Some of the key questions we asked at the time of negotiation were:

i. How much were the credits bought for by the brokerage company?

That is to say, can the figure that the wholesale price be made known to us before we offload it on to retail buyers? – What we are trying to determine is the margins that are being made. Since we were being offered nearly 20% commissions, then it is a possibility that the profit margins were huge. We wanted some transparency.

We understand that a source may be reluctant to divulge such sensitive information, but this is a fundamental problem with intangible investments that do not carry history (versus property for example).

ii. What are the actual exit strategies and can this be shown by historical transactions / examples?

The most important thing, in our opinion, is having an exit strategy on your investment.

For this reason, we are clear when it comes to the leasehold student investments and hotel room investments that we cannot currently give a viable exit strategy.

If clients are happy with that and accept that they will be making a good rental return and that is the sole focus, then we believe we have absolved ourselves from any future changes i.e. we cannot offer any guarantees and have made that clear.

However, with an alternative investment like carbon credits, the only return to be made is on the exit strategy. This needs to be in cast iron and made totally transparent – we saw no viable or legitimate account for this.

iii. How are clients protected if things go wrong?

As it is, carbon credits are an unregulated part of the market and we believe that this allows the hawks and boiler room scams to gather pace.

If there is no legal redress for such an investment that is so intangible, then investors are asking for trouble when things do, and have gone wrong as is the recent insolvency case.

The FCA has warned in the last few years against investing in carbon credits, but a warning is not enough. Action needs to be taken – firm affirmative action to stop the unscrupulous selling of an investment that, according to many legal bodies, will never prove to be profitable for end retail investors.

The Insolvency Service has described carbon credit investments as “wholly unsuitable for investment by the public” after an investigation into three companies that traded in carbon credits in London.

Another worrying factor is the amount of recruitment agents in the last 18 months that were actively recruiting for carbon credit investment companies and promise of riches. Figures upwards of £100k are offered with promises of cars, iPads and trips to the Mediterranean.

Obviously, the boiler room scams would have a high attrition rate of staff and churn through salespeople, keeping only the most ruthless and Gordon Gekko types, in our humble opinion.

However, the rest of the article is something to be concerned about – whether it is carbon credit investments or otherwise: The most important thing as you sign on the dotted line is the exit strategy: what are your options and how clear are they if you want to sell?

As a final point, the carbon credit investments company that went into insolvency is based in central London. We won’t go into whether there have been any carbon credit arrests, nor will we be naming anybody here (for legal reasons), but a quick Google should bring up the relevant carbon credits news results.

Please feel free to contact us if you would like to discuss our opinions on the alternative investment market and carbon credits in general.