Another warning to investors that buy in unknown territory 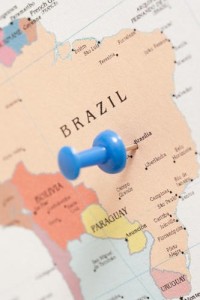 A investment scheme in Brazil which offered clients up to 20% returns has collapsed, leaving hundreds of clients out of pocket by £23,000 or more with total losses estimated to be in the region of £70 million, according to this article in This is Money.

The scheme was purported to provide social housing to poorer families in the North of Brazil, with the rental income to be supposedly backed by the Brazilian government. It has been reported that the company behind the scheme, EcoHouse Developments, has not paid out any returns and the development itself has now stopped operating completely due to local police involvement.

What is startling is that the Brazilian government has now denied that EcoHouse has any agreements with the local government which will be devastating news to investors which stretch all the way from the USA to Singapore and Malaysia. There was a lot of money being ploughed into the scheme from Southeast Asia with heavy marketing in the region in the last two years. The company opened offices in top locations including Dubai, Toronto and Singapore with the main offices in Richmond, Surrey. The website is still live, but it has been reported that no phone calls or emails are being answered.

It was reported back in late October 2014 in The Financial Times that Brazil’s federal police and tax authorities had launched an investigation into EcoHouse, which saw police and tax officers getting involved in the case. Further to this, Private Eye first raised doubts in early 2014 about EcoHouse’s ability to deliver promised returns and reported that the company had shut its London offices in November last year. Generally speaking, and not related to what has happened to EcoHouse, it is well documented that there are lots of land and property scams in South America which are heavily documented and just one search on Google will come up with a lot of interesting reading material.

Millions of families are being financed by the Brazilian government to purchase property under the program (free deposits, subsidized mortgages). We have 70,000 families in our area with pre-approved mortgages, waiting to purchase properties at a fixed price.EcoHouse marketing material from www.ecohousegroup.com

Why we decided against offering this scheme to our investors

We had been asked to sell this investment in 2012 with another approach in 2014 with commissions of 10% for each unit sold. Our grounds for rejecting the opportunity on both occasions, despite the very high commissions was the fact that we felt unnerved at our own (lack of) ability to get to grips with the government backing of a scheme of which we could find no official documentation. Our research stopped at that moment, so we can’t really say that we have ever looked into offering this scheme on a serious basis. The only foreign investments that we offered for a limited period was in the state of Florida in the USA, but even the condominiums and houses that we offered in 2013 came to an abrupt halt as we didn’t feel comfortable investing in the properties ourselves. That is not to say we have anything negative to say about our partner agent in the United States as we still have friendly relations and discussions with our preferred agent, but it is very difficult to undertake full and thorough due diligence on investment opportunities outside of the country that you normally operate in.

It should be noted that we are talking about normal buy to let investors who are looking to add to their portfolio and not sophisticated corporate investors or funds who will be able to pay out the thousands required for full legal assistance and consultancy.

So should I not invest in exciting opportunities abroad?

What we are trying to say is that for the regular investors – especially our type of clients – it is hard enough to keep up to date with rules and regulations in one’s own country without having to do this in other countries so this type of eco development investment in Brazil should not be taken lightly. If you have the affordability to take a ‘punt’ on £23,000 then fair game. For a lot of people, that is just too much too lose. Yes, we accept that fortune favours the brave, but you will rarely hear stories out in the open of individual investors who have lost tens of thousands. Let’s face it, these people would be of no use in property investment seminars or video testimonials would they?

We can see why clients felt at ease with such quality  and slick marketing. The video below is really well executed of which we would have no qualms about if we were looking to get on board as a regular investor.

In the news report by This is Money mentioned earlier, there is a paragraph towards the end of the article which says that “In November, EcoHouse sent a statement to all of its investors. It told them it had to suspend its operations worldwide because of ‘the completely unexpected intervention of the federal police force in Natal, Brazil’.” and this is what we are referring to when we say that it’s hard to keep on top of things in your own country. If the police have intervened and had serious repercussions on the investment generating returns, then what say will you have whether you’re located in England or Hong Kong? Absolutely nothing. A few emails here and there, maybe a telephone conversation with the sales agents (if you’re lucky), but that’s about it. For that major reason, we wouldn’t advise clients to invest abroad. Again, this is our opinion only, but for the sake of a few percentage points return, is the potential nightmare headache worth it? No. We should add, that our take on this also extends to collective investment schemes in our own home country such as student room investment schemes or hotel room investments. Should things go wrong, what say will you really have in it? What control do you have in your investment? What are your legal rights and how can you exercise them? As mentioned in this article, YOU, the landlord are ultimately responsible should things go wrong in YOUR investment and it doesn’t matter if you have an agent employed as they are just the proxy acting on your behalf. It is very rare that in property that you can just “set and forget”.

We wish the investors luck in retrieving their funds and hope that the operators behind the scheme can offer some kind of compensation, but this is yet another investment that foreign buyers should not be getting involved in.