Bradford Student Pods: How much should you be paying? 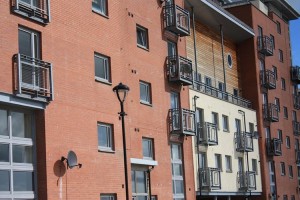 We’re doing a multi-part series on pricing for student pods and looking at how much you investors are paying for student pods compared to other property in the nearby area. Our first look is at Bradford as there are a number of agents and developers that are currently off loading student pods in Bradford, mostly in the BD1 postcode of Bradford.

To be as favourable to Bradford student pods as much as possible, we will compare the units to (a) the lowest selling units currently available and (b) the most recent sold units that are comparable. We then look at the rental figures that are being achieved and see if what an investor is being proposed is actual and sustainable in the long term.

You could be paying DOUBLE for Bradford student pods?

The following are current list prices for the closest type of units available on the market to student pods i.e. 1 bed apartments or studio apartments. We also include small 2 bed apartments to give us a good mix of current property available (as of July 2014).

The figures in the following table relate to the typical prices for three separate and unrelated property developments that are solely focused on student pods and student studio investments. Please note, we have not included the name of the developments, mostly as we do not wish to show any type of bias, but feel free to put the numbers in Google using the postcode and/or search for ‘Bradford student pods’ and it won’t take you longer than two minutes to find the developments that we are discussing:

This table gives typical examples of the levels of rent that a regular studio, 1 bed apartment or a small 2 bed apartment may be able to command. Please note, these are asking prices as of July 2014:

Our summary on Bradford student pods

Whilst we have not used an exact science to come to our conclusion, the methods we have demonstrated are a good approximate, even accounting for discrepancies. In summary, current student pods and student studios in Bradford cost more than DOUBLE compared to what a buyer would be able to get for something comparable on the open residential market.

It should be noted that the prices in Table 1 are for the asking price for flats and apartments. As is the normal scenario, the sales price is almost always lower than the asking price unless you’re talking about prime areas such as central London. Without much explanation required, central Bradford does not fall into this category.

We also considered looking at actual sold prices in the last 3 years, but there was not enough comparable sales data for us to make use of it. The few that we did come across had sold prices of £90 to £100 per sq. ft. This would have been further damning indication to the client that they are paying way over the odds for student studios and student pods in Bradford.

When it comes to to rents being charged, it should be noted that Table 4 does include the bills and other gimmicks such as flatscreen TVs, concierge, provision of white goods (which are shared) etc. However, this WILL come out of your service charge, so the rent you see in Table 4 is not what the investor will get. It’s a bit more difficult to compare Table 3 and Table 4 as it’s not purely about the bricks and mortar, whereas Table 1 and 2 are.

In conclusion, disregarding other contributory factors, our investors would need to see current asking sales prices to be slashed by half to even consider investing in any of the current student pods being offered in Bradford. Even then, there are a plethora of questions that need to be addressed before even considering such units.