Bolton Student Pods – Tenants complain and set up a blog 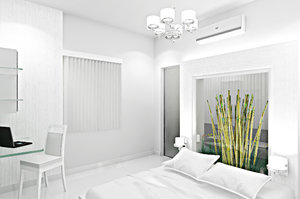 Managing a student HMO is difficult enough in, but to extend this idea and to manage a fully functioning Bolton student pod development has, in the last 6 months, been a source of headache for a luxury student pods management company. As reported by The Bolton News, the Packhorse development and The Bank in Bolton (which opened its doors in September 2013) has seen a rising number of complaints for a multitude of reasons including “fungi in bedrooms, leaks from the ceiling, broken keys, gym equipment that has never worked, security doors swinging open in the middle of the night and no hot water in the morning“. This has even lead to at least one of the student tenants to start a blog, detailing the problems being experienced in these new Bolton student pods from the move in date during mid-September.

Coming from a student’s perspective, the rents being charged in these luxury student developments in Bolton or Bradford for example, is very high and the service that is provided needs to match the eye-watering prices being charged by such developers if it is to be a long term success. The market has a way of self correcting and sooner or later, the rents will need to come down.

In a city like London where space is a premium and the rents are already sky high, you can understand that it is a self-perpetuating machine and it is difficult to see where it is all going to end. Some have argued for direct involvement from the government in the form of rent controls, but this is a different conversation altogether. The point we are making here is that these student pod investments in Bolton or student pods in Bradford will not have the benefit of an overcrowded and undersupplied city like London. Land and property there is plentiful, so we really cannot see a market sustaining very high rents for a very poor service. This is why we can see more complaints and blogs making themselves apparent in the next few years. Obviously, this will eat into the bottom line for the student investment developer and the investors associated with a particular development, but that’s just the way it is. For one thing, it is very difficult for an enterprise in any industry to redeem and salvage its reputation once things take a turn for the worse, so we encourage these Bolton student pods management companies and others alike to provide a service befitting the price being paid for it by the student tenants.

Good and bad reviews need to be taken on board

As with any forms of complaint, there are always two sides to a story and we are confident that some students will be happy with their student rooms. We just think it’s important for investors of future student pods in Bolton or elsewhere to acknowledge that such problems can and do exist, so they need to be on guard before parting with their cash as once a luxury student pod development starts to get too much negative press, it’s a long hard struggle rise against the tide.